As UK and Scottish Governments warned of a Tsunami of new Covid cases following the spread of the Omicron variant, Skye’s hospitality businesses have been hit by a wave of cancellations costing tens of thousands of pounds.

Last week the Scottish Government advised the public to consider avoiding Christmas parties. This led to many employers and individuals cancelling planned parties, often at short notice, leaving Café’s, bars and restaurants with staff to pay and food going to waste.

Following a request from The Highland Council to gather data, SkyeConnect sent out a survey to gauge the impact on the hospitality sector of the new Covid variant and the Government’s advice to avoid Christmas parties.

The survey was live for just over 24 hours. In total 13 businesses responded representing café’s, bars, hotels and guest houses in Skye and Lochalsh.

78% of respondents said they had suffered cancellations ranging from 30%-100% of their December bookings.

In financial terms the businesses reported losses of between £3000-£15,000 on food and beverages alone. Those businesses also offering accommodation reported lost bookings of up to £25,000.

Dave Till, SkyeConnect’s Chair, is calling for the Government to pay compensation as quickly as possible to avoid business closures.

“The one thing we all know about business is the importance of certainty around the trading environment. We accept that no-one can predict the next phases of the pandemic, but hospitality businesses were relying on bouyant Christmas trade. The optimism that we heard in a previous SkyeConnect survey has been wiped out in just a few days following direct advice from the Government. Our latest survey is just a snapshot taken over 24 hours but if the figures are replicated across the country the scale of losses will be staggering. We asked our businesses if they could provide evidence to support their losses. The vast majority (78%) said they could. On this basis we would urge the Scottish Government to put the compensation claim process in place before Christmas so that no business goes under as a result of Government advice.”

Be Part of Our Community.
Join Today. 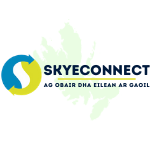 The results of a SkyeConnect survey of business confidence, following the announcement of plans to re-open the economy, reveal another lockdown could decimate the industry.